If This Were A TTRPG: Star Wars IV, A New Hope 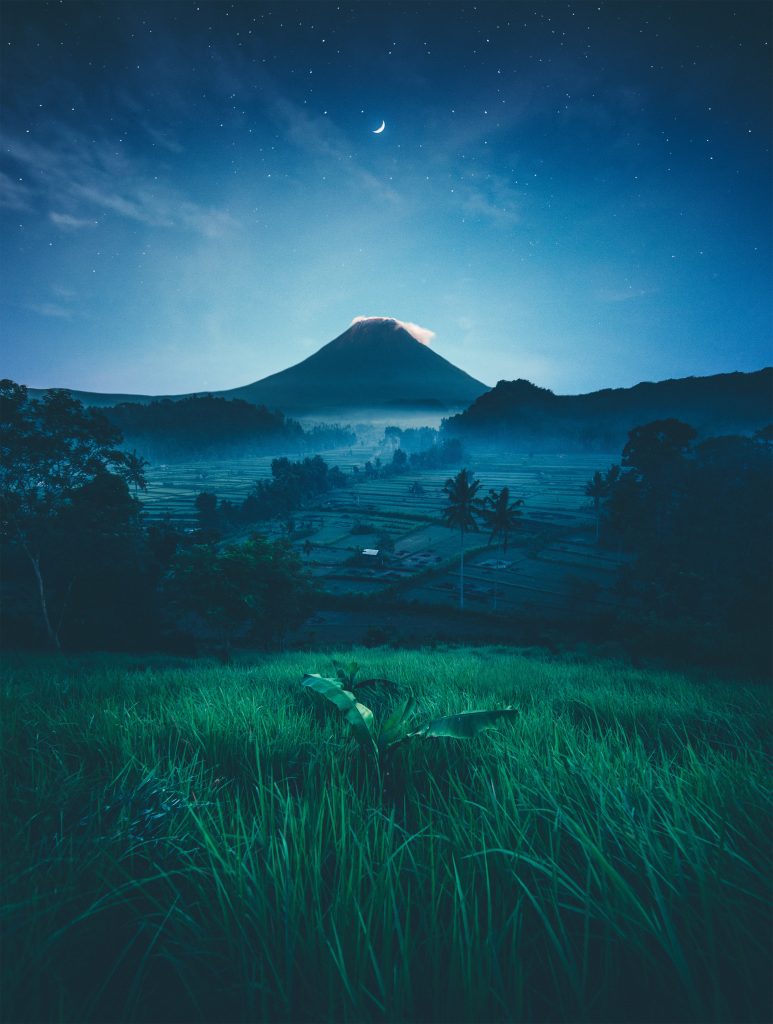 This week’s If This Were A TTRPG post is all about the classic detention center shootout scene on the Death Star in Star Wars IV: A New Hope. As always, spoilers ahead!

The rescuing of Princess Leia and the accompanying escape from the Death Star is a defining sequence in the first Star Wars film. It’s somehow hilarious while being action-packed and heart-warming while being heart-breaking. There are so many classic lines and moments today’s post simply won’t be able to do justice to them all. Instead, we’ll focus on the key rolls that would have taken place if the detention center shootout scene in Star Wars: A New Hope was a tabletop role playing game.

The scene begins as Luke and Han, disguised as Storm Troopers, attempt to make the fake prisoner transfer of Chewbacca where Princess Leia is being held.

#ifthiswereaTTRPG, the GM looks to the players playing Luke, Han, and Chewbacca and says: “The Imperial officer in charge looks at you skeptically. Where are you taking this…thing?”

The GM asks the player playing Luke: “Do you want to roll Persuade?” “No.” responds the player “We have a plan.”

“Okay, fair enough.” says the GM. “The officer in charge looks you up and down and says “I wasn’t notified, I’ll have to clear it.””

The players playing Luke, Han, and Chewbacca give each other “I sure hope this works” type of looks. “One of the guards approaches you Chewbacca and attempts to grab you by the arm.” states the GM.

The player playing Han says that he yells “Look out he’s loose!” while he and Luke fire their blasters at the unsuspecting guards. And at the first opportunity, get a blaster off a fallen trooper and give it to Chewbacca to help in the fight.” The rest of the table – the players playing Obi-Wan and Princess Leia as well as the GM – look at the player playing Han rather skeptically.

“Roll for Combat my friends. Let’s see where this goes. Two for each of you. I’ll do the same for the collection of guards present in the control room.”

The player playing Luke looks nervous while the player playing Han looks coy and unphased. “No problem.” says the Han player as they casually roll an 8 and a 10 respectively on their Combat rolls before flashing a wide grin to the whole table.

The Luke player takes a moment before they roll. After a dramatic pause they roll a 6 and 11 respectively. Not bad! The GM rolls for the troopers behind their GM screen and furrow their eyes.

“Chewbacca, please roll once as well.” says the GM, not too pleased. With a loud flourish the Chewbacca players rolls for Combat as well: a 10.

The GM shakes their head. “As the imperial guard trooper approaches you, Chewbacca: you toss him six feet into the adjacent nearby wall, knocking him unconscious. Luke and Han: you fire off several rounds of your blaster shots, most of which connect with their targets, felling them. Additionally, you’re able to knock out many of the room’s cameras. The remaining troopers fire a series of shots but…somehow…manage to miss all three of you. Han, you’re able to toss Chewbacca a blaster rifle and, in the ensuing volley of shots, manage to cut down both the remaining troopers and cameras. Well done. A shit-show, but well done.”

The players playing Luke, Han, and Chewbacca burst into celebration while the ones playing Obi-Wan and Princess Leia roll their eyes at their luck.

The Miracles of TTRPGs

“The main communications console is blinking and making noises. Someone is trying to contact this room.” says the GM.

The Luke player says “I’m going for the princess.” “And I’ll take care of the radio with Chewie after I find the room she’s in.” says the player playing Han to the GM.

“Roll for Electronics to access that information.” replies the GM to the Han player. The Han player immediate rolls a 9. “Okay.” says the GM “She’s in cell block 2187.”

“Uh, everything is under control, situation normal.”

“Uh, a slight weapons malfunction but, uh, everything is perfectly alright now. We’re all fine here, thank you. How are you?”

“We’re sending a squad up.”

“Uh, negative negative we have a reactor leak here, give us a few minutes to lock it down. Large leak, very dangerous.”

The GM interjects: “Roll for Persuade please. He’s incredible skeptical.” The other players at the table are giving the Han player similar looks to what the trooper at the other end of the line is giving.

Han rolls: snake eyes, two ones. They stare at the worst possible roll for a few moments before the GM again interjects as the trooper on the other end of the line: “Who is this, what’s your operating number?”

The player playing Han says: “Boring conversation anyway. I blow up the comm panel and yell to Luke that we’re going to have company!!”

“Done and done.” says the GM in response who then turns their attention to the Luke player. “With the knowledge of which cell the princess is in, you manage to find cell 2187 and are able to open the door. Inside, despite the torture and sorrow she’s be subjected to, you’ve never seen a more beautiful woman in your life. In fact, you stare for a moment, forgetting your mission.” The GM turns to the player playing Princess Leia and says: “You wake up and notice this strange, small-ish-for-a-stormtrooper kind of gawking at you.”

“I get ready to knock him out and escape.” says the Leia player “But first say: “Aren’t you a little short for a stormtrooper?””

“Oh, the uniform! I’m Luke Skywalker and I’m here to rescue you.”

With each exchange, the other three players and GM bob their heads back and forth at the Luke and Leia players. The Leia player looks to the GM: “We burst into the hall and look to find the nearest escape.”

“As you do so,” replies the GM “the stormtrooper backup squadron breaks through the metal door of the turbo shaft and begins firing into the prison control room. Han, Chewie: Combat rolls please.”

The players all exhale – here we go again! Han and Chewie both roll: an 8 and a 9 respectively. The GM rolls for the stormtroopers behind their GM screen.

“With solid precision, you’re able to pin the stormtroopers in the turbo shaft for a few moments. You’re able to cut down a few of their number, however, the sheer volume of blaster rifle return fire forces you to retreat down the hallway where you see the Princess Leia and Luke waiting for you.

The player playing Han says that they tell the others: “Can’t get out that way.”

The rather disgruntled Princess Leia player turns to the Han player and says: “You seem to have cut off our only escape route.”

Where to Go From Here

“Maybe you would prefer it back in your cell, your highness.” retorts the player playing Han.

The Luke player turns to the GM: “I’m going to use the communicator to try and get through to C-3PO to see if they can find an alternate escape route.”

“Roll Electronics to see if you can cut through the interference and jamming the Empire is now imposing.” responds the GM.

The Luke player rolls: a 6.

“There’s a tremendous amount of static and background noise between the blaster shots of the storm troopers. All you’re really able to hear back from C-3PO is that there are no other ways in or out.”

“Damn.” says the Luke player. “I tell the others.”

Exasperated, the Leia player looks to her fellow players: “Some rescue! You’d think you’d have a plan for getting out!”

The Leia player looks to the GM. “I take Luke’s blaster rifle and blow a hole into the nearby grate leading to the garbage chute.”

“Okay.” says the GM. “You blow a perfect hole into the grate. Certainly large enough for each of you to fit through.”

The Han player pipes up: “I look to Leia and say “What the hell are you doing!?””

“Somebody has to save our skins!” responds the Leia player. “Into the garbage chute, flyboy.” The Leia player looks to the GM: “I jump into the chute.”

The Chewbacca player looks to the GM: “Do I smell anything…unnatural down there?”

“It is absolutely vile and rank down there. Just awful, really.” replies the GM.

“I look at Han and tell him no way. It smells nasty down there.” says Chewie to the GM.

It’s Gross Down There

“As I’m sure a half-dozen blaster shots whiz by, I tell Chewie “I don’t care what you smell!” and kick his furry butt down the tube.”

“Ugh, fine. I’ll jump down.” says the Chewie player to both the Han player and the GM.

“Miraculously, your huge frame fits and you are off down the chute my friend.”

The Han player looks at the Luke player: “Wonderful girl! I don’t know if I want to kill her or if I’m beginning to like her!”

The Luke player flashes a subtly jealous look and says: “I jump into the chute after them.”

“And I’m right behind!” says the Han player.

“With the amount of blaster shots,” says the GM “both of you roll for Athletics to see if you make it into the chute unharmed.”

Both the Luke and Han players roll Athletics: two 8s. “Okay, amid the hail of blaster fire, you both manage to dive head first into the garbage chute and out of harms way. But this may be a case of “out of the frying pan and into the fire!”” that we’ll find out about…in our next session! Thank you all for coming! Hell of a session…