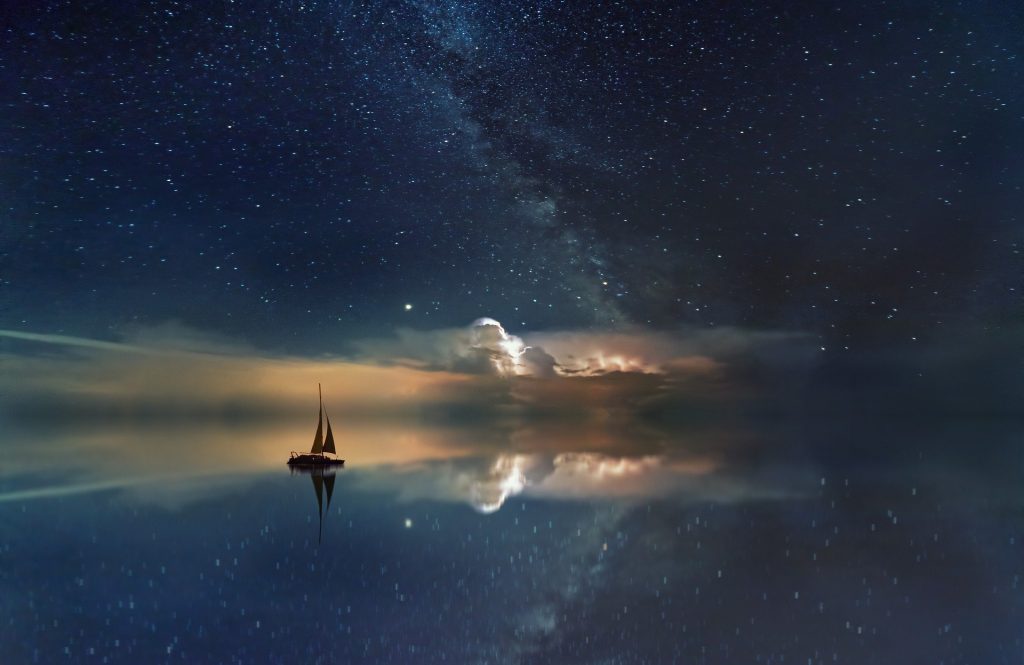 The imaginary dinner scene from the 1991 classic movie “Hook” is somehow both hilarious and incredibly heartwarming. Corporate lawyer Peter Banning, played by Robin Williams, finds himself in Neverland looking for his missing children, not entirely believing that he’s actually Peter Pan, all grown-up.

Neverland though just won’t let it go and, as Peter finds himself sitting down to dinner with the Lost Boys, he is forced to confront the truth about himself once and for all.

This touching and wonderful scene is the subject of this week’s re-imaging as a group of people playing it as a tabletop role-playing game. As always, spoilers ahead!

The GM sits at one end of the table closely followed by the Peter, Rufio, and Tinkerbell players.

“Well Peter,” begins the GM, “you’ve certainly gotten yourself into a fine mess. Today, we’re going to have dinner with the Lost Boys.”

The GM pauses for dramatic effect, “Chaos reigns as you, Rufio, and the Lost Boys sit down around the “family” table. Tinkerbell, you’re in your little “light” house nearby, observing the proceedings.

“Bless this o’ Lord,” says the Peter player who is quickly interrupted by the GM.

“There is complete mayhem as Rufio, you and the Lost Boys open the myriad pots and pans, scooping all sorts of incredible food onto your plates. Peter though, please roll an Intuition check.”

“Okay,” says the Peter player, flexing their eyebrows. They roll their two, six-sided dice: a three.

The GM smiles, “Peter, every pot and pan on the table, so far as you can tell anyway, is completely empty.”

The GM continues, “Peter, your stomach growls in hunger as you watch the Lost Boys devour their seemingly endless, imaginary food.”

The Tinkerbell player puts their arm on the Peter player’s shoulder.

“If you don’t imagine yourself being Peter Pan you won’t BE Peter Pan so eat up!” earnestly says the Tinkerbell player.

The Peter player shakes their head. “Eat what there’s nothing here. Gandhi ate more than this!”

The Tinkerbell player sports a knowing smile. “Don’t you remember, this used to be your favorite game!”

The Tinkerbell player looks serious for a moment, staring down the Peter player.

The Rufio sits up in their chair, confident, “You’re a slug-eating worm.”

The Tinkerbell player looks a little incredulous, “C’mon, you can do better than that!”

“I can’t believe you’re encouraging this!” replies the Peter player, turning their attention back to the Tinkerbell player.

“The Lost Boys love it, yelling out “Bangarang, Rufio!” says the GM.

“You’re a very poor role-model for these kids,” says the Peter player, again, far too formally.

“Bangarang Rufio! say all the Lost Boys,” says the GM.

“Someone has a severe kaka mouth, do you know that?” says the Peter player, even he sensing the “far-too-formal” nature of his “insults.”

“You are a fart factory. Slug slime sack of rat guts and cat vomit. Cheesy scab pimping, picking finger bandage. A week old maggot burger with everything on it and flies on the side!” bellows the Rufio player with extreme confidence.

The Peter player stands, the straw having broken the camel’s back, “Substitute chemistry teacher.”

The Rufio player is caught off-guard, not expecting such a forceful reaction from the the Peter player.

Sensing that unease, the GM chimes-in as the Lost Boys, “C’mon Rufio hit him back!”

“In your face camel cake.”

“In your rear cow derriere.”

Sensing the shift in momentum, the GM again chimes-in as the Lost Boys, “Bangarang Peter!”

The Rufio player is completely frazzled, “You man! You stupid stupid man!”

“Rufio, if I’m a maggot burger why don’t you just eat me!” yells the Peter, who has turned the tide. “You two-toned, zebra-headed, slime-coated, pimple-farming, paramecium-brained, munchin’ on your own mucous, suffering from Peter Pan envy!”

“What’s a paramecium brain?” asks the GM on behalf of the Lost Boys.

The Peter player points to the Rufio player. “I’ll tell ya what a paramecium is – that’s a paramecium. It’s a one-celled critter with no brain who can’t fly. Don’t mess with me man, I’m a lawyer!”

The Peter player sits back down and crosses their arms, knowing they’ve won.

“Unfortunately for you,” says the GM to the Rufio player, “the “Banning!” chants drown out your “Rufio!” chants.

“I’m going to scoop some of this imaginary pudding into a spoon and fling it at Rufio,” says the Peter player who then turns to the Rufio player, “Hey Rufio, why don’t you go suck on a dead dog’s nose?”

“Go ahead and roll another Intuition check. And while you’re at it, roll a Combat check for the flinging,” says the GM.

The Peter player picks up their dice and rolls twice: a nine, and an eleven respectively. The Tinkerbell player beams.

“Peter, you flick the spoon and, to your surprise, a huge glob of pink pudding gets splattered all over Rufio’s face,” says the GM. “The chanting stops and the Lost Boys turn to you, “You’re doing it!”

“Doing what?” asks the Peter player.

“Your imagination Peter!” says the GM, breaking out into a huge smile.

“You look down at the table,” continues the GM, “and see a lavish feast with just about anything you can, literally, imagine. As you look around in awe, a few of the Lost Boys, noticing your newfound stares, look to you and say with admiration, “You’re doing it Peter, you’re doing it!”

The Peter player is speechless as they process the moment. The Tinkerbell player smiles proudly.

“As you’re looking on, and beginning to eat the feast in front of you, a few of the nearby Lost Boys get a bit mischievous,” says the GM. “A few taunts go back and forth at the table and, before any of you know it, a massive food fight breaks out with dozens of pastries, puddings, and pastas being slung all over the place.”

For as somber as the Rufio player is, the Peter and Tinkerbell players look thrilled with this turn of events.

“I absolutely join-in on the fun,” says the Peter, fully getting into the spirit now.

“As the food fight rages on, no one is spared – not even you Tink! – and eventually, you’re all covered in one thing or the other,” says the GM, describing the scene with a great deal of affection.

“I jump on the table, yelling Bangarang!” says the Peter player, mock doing the same at their table.

“I’ve slunk off to the side,” says the Rufio player. “But I take a nearby coconut and throw it at Peter. I yell, “Hey Pan the Man, catch!”

“And I cut it in half!” says the Peter player.

“Okay, both of you roll for Combat – winner dictates the result.”

The Rufio player rolls: an eight. They look up and smile confidently.

But the Peter player rolls a ten, sending gasps around the table.

“Peter,” says the GM, “for as excellent a throw that it was, you have an even more impressive, borderline instinctual strike with your sword, cutting the coconut clean in two.”

The three players look to one another, amazed.

“The Lost Boys all gather around, looking to you Peter. You’re back! Welcome to Neverland, Peter Pan,” finishes the GM, closing out the scene.