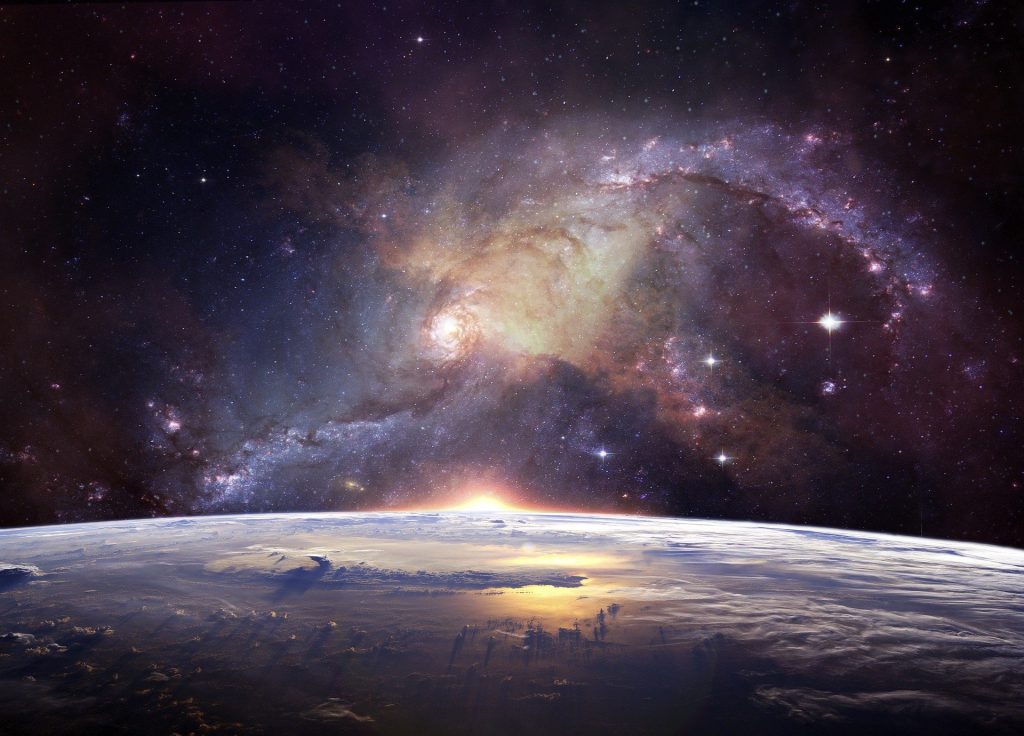 In honor of the recent release of Star Trek: Picard, as well as StoryTogether’s own One Giant Leap taking place on Mars, this week’s If This Were a Tabletop Role-Playing Game (#ifthiswereaTTRPG) re-imagines the first scene of Picard as a group of people playing it around a table. As always, spoilers ahead!

The first scene in any show often sets the stage for where it’s headed and certainly Picard is no different. Picard and Data playing poker in Ten Forward on the Enterprise D is both an elegant homage to what came before as well as well as a wonderful series of clues about what’s to come.

Today’s post re-imagines that scene not as a TV show but rather as dear old friends coming back to the table to play a story together after a long time apart.

#ifthiswereaTTRPG, the GM would sit down, closely followed by both the Picard and Data players.

The Picard and Data players smile at each other knowingly. “You’re darn right,” they say in almost perfect unison.

The GM passes out the character sheets, pencils, and dice as the two players take the time to appreciate the moment, for it may never come again.

“Starting a new journey, especially after such time apart, should begin from a place of reflection,” begins the GM. “So to honor your past, your friendship, and your sacrifice,” – the GM gives a nod to the Data player – “you’re both sitting in Ten Forward, on the Enterprise D. But for the both of you, the room is empty albeit pleasantly lit. On the table in front of each of you is a deck of cards and a stack of poker chips.”

The Picard and Data players listen as the familiar setting washes over the both of them – it’s good to be back.

“Jean Luc, your stack though is dwindling in comparison to the Commander’s, says the GM. “That said the hand you’ve just been dealt is a stellar one.”

The Picard player sits back in their chair and smiles, “I see you and raise.”

“Commander, your hand is also excellent,” says the GM.

“I will deal the cards but as I do I would like to roll an Intuition check to see if I can pick up on one of his tells,” asks the Picard player of the GM.

“Certainly,” replies the GM as the Data player skeptically looks on.

The Picard player rolls his two, six-sided dice and voila: a twelve, the best possible roll.

With the Picard player barely suppressing a smile, the GM narrates, “You’ve got your friend’s tell down cold: he’s manipulating his eye to make it look like he has a tell in an effort to fool you.”

The Picard player’s smile comes out in full force as they lock eyes with the Data player, “You have a tell.”

“That is impossible sir,” replies the Data player.

“Every now and then you dilate your left pupil, ostentatiously I might add, in an effort to cheat me into thinking you have a tell,” says the Picard player. “But your true tell is you don’t have one. When your eyes are neutral, that’s when I know you’re bluffing.”

The Data player chuckles. “I’m honestly thinking that over,” they say to the wide grin greeting them from across the table.

“As Data, I say: Now that you’ve told me that Captain I am confused about which deception to employ,” says the Data player without a hint of irony.

“How many chips does the Captain have left?” asks the Data player of the GM.

“You have two-thirds of the total so one hundred chips and the Captain has the remaining third, so fifty total chips,” answers the GM.

The Picard player is quite surprised, “Fifty? That’s…everything I have.”

“I can see that Captain,” replies the Data player. “Do you wish to call or fold?”

“I’d like to roll Craft to make another round of tea,” says the Picard player to the GM.

The GM smiles and gives their blessing with a wave of the arm.

The Data player quizzically looks on as the Picard player again rolls their two, six-sided dice: a nine, an excellent roll.

“Now let’s behave like civilized men,” says the Picard player who mocks the pouring of more tea into the non-existent cup in front of the Data player. “Milk?” they ask.

“No thank you sir,” answers the Data player.

“No thank you sir,” again answers the Data player.

“I simply take a sip of my tea,” says the Picard player.

The Data player is confused, “Why are you stalling Captain?”

“Because I don’t want the game to end,” says the Picard player who sits back in their chair, pondering for a few, long moments. “I’m all in.”

The GM steps-in, “Commander Data, you show your hand and it’s five of the exact same card: the Queen of Hearts.”

As the Picard player is visibly confused, the GM continues, “Mars is now looming large outside the Ten Forward window.”

“Were we on course to Mars?” asks the Picard player of the GM.

“Roll a Navigate check to see what you know.” answers the GM.

The Picard player rolls again, this time a three.

“As far as you know, the ship didn’t even have a heading at all.” states the GM, raising their brow a little.

“I say out loud,” begins the Picard player. “Strange. I didn’t know we were on course to Mars. This isn’t right…”

“The tables begin to violently shake,” says the GM. “Data disappears from his chair and, as you look out the window, and Mars explodes, sending a tremendous, blinding shock-wave through the bulkhead. You wake up in your bed at Chateau Picard, sweat falling off your brow. Another dream, Admiral.”

Both players smile as they have the same realization.

“It’s good to be back,” says the Picard player.