Inside the Artifact – Another Life #ifthiswereaTTRPG 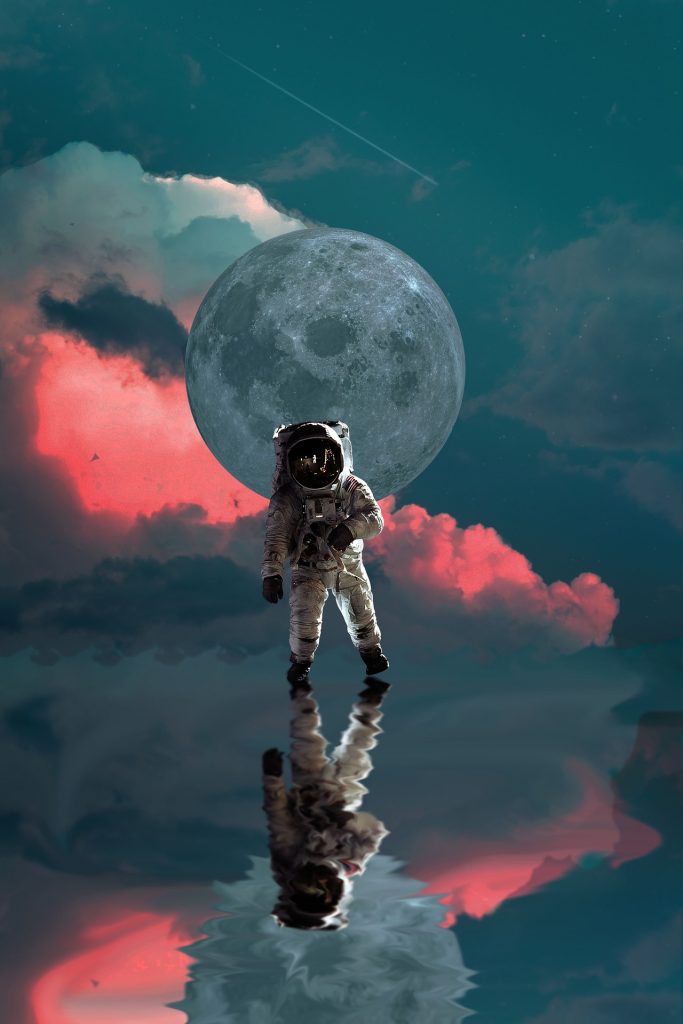 This week’s #ifthiswereaTTRPG comes from a show I’ve been watching on Netflix called “Another Life.” As always, spoilers ahead!

Another Life is a Netflix series about how a crew is sent to the Pi Canis Majoris star system in a hyper-advanced ship after an alien artifact from that region of space lands on Earth with unknown intentions. On Earth, the artifact is a tough puzzle, and the scientists on the ground have a rough time trying to figure out the “key” to its interaction.

They try music – and eventually get the artifact to parrot back the song they’re playing. But for weeks, they can’t get anything further. They’re stumped. That is, until they leak the data to the public and via some sleuthing, discover it’s not the music that matters, but the inverse pattern of its sound waves: when converted into a light spectrum, and shining said light onto the artifact, should act as a “key” of sorts for the alien object.

True enough, when the science team puts their plan in place, the artifact activates and opens a doorway of sorts inside. Erik Wallace, the lead scientist, is forced to step up and be the one who is the first human to go inside. Although Jana, his young daughter objects – in part because her mother and Erik’s wife is the Captain of the ship headed for Pi Canis Majoris – believing that Erik will die inside, Erik decides to proceed.

The scene where Erik enters the alien artifact is what we’ll re-imagine as a group of people playing tabletop role-playing game on today’s #ifthiswereaTTRPG blog post.

“Your hazmat suit on, you make your way through the numerous armed soldiers toward the alien artifact.” says the GM. “The soldiers giving you grim looks as you pass, you arrive at the dark entrance into the heart of this magnificent structure.”

“I take a deep breath of fresh air, put on my helmet, and ensure the oxygen is flowing as it should.” says the player playing Erik Wallace. The GM nods, noting their approval. The other players’ hearts are beating faster and faster – everything they’ve worked for has led to this moment, potentially the first human contact with an alien race.

“Okay.” says the Erik player as bravely as they can “I, uh, I walk inside.”

“You walk inside and a few moments later you’re completely overcome by darkness.” says the GM “Disconcerting as it is, after a few more moments, you see a source of light which flickers and begins to expand. Eventually, the light grows and banishes the darkness. With blinding, white light all around you, you’re forced to close your eyes for an instant. When you open them again, you find yourself in a familiar university lecture hall. You too look and in some ways feel 8 years younger.”

“Yikes.” says the Erik player “Well, I guess I take a look around.”

“You look around the room and quickly see your wife, Niko, dressed in her student’s attire from when you met her 8 years ago, sitting in the student section.” says the GM.

“Do I believe any of this is real? asks the Erik player of the GM.

“Go ahead and roll for Intuition.” replies the GM.

The Erik player rolls their two, six-sided dice: a six and a five. Factoring in Erik’s solid intuition, that’s a great total! The Erik player looks up to the GM expectantly.

“Well, you certainly know this experience isn’t “real” in the truest sense of the word. And that’s not your wife sitting in those seats either.” says the GM “But she says to you: “you were so oblivious back then…you never noticed when I was flirting.””

“Well, regardless of whether she’s really my wife or not, I’m going over to her.” says the Erik player.

“You sit down next to your smiling wife and everything about her feels lovingly familiar: the way she looks, smells, feels…just about everything. Except, behind her eyes, you know it’s not Niko.” says the GM.

“Fair enough.” says the Erik player. “I say to her: “I did too know you were flirting! I was just really bad at returning the favor is all.” I run my hand through her hair and continue: “It’s incredible: you’re like her in just about every way. Is she safe?””

“Safe as she can be.” replies the GM as Alien Niko.

“So she’s alive then?” asks the Erik player.

The GM nods. The other players around the table exchange curious glances.

“What is it you want?” asks the Erik player.

“You’re both now at the front of the lecture hall, near the blackboard. You see an “impossible to solve” mathematical theorem is on the board, you immediately recognize it from your past.” says the GM. “Niko says to you: “You never could solve it.””

“You’re absolutely right, I couldn’t. No one has. No human anyway. Now please, what is it you want? We only want to help…” replies the Erik player.

“Is that really all you want?” replies the GM as Alien Niko.

“You’re on one knee now, your head at her belly.” says the GM. “Niko is pregnant. “All you need is right here.” she says before fading away.

The Erik player sits back in their chair, considering these events while the other players, practically bursting at the seams, struggle to stay quiet and say nothing.

“You have chalk in your hand and you find yourself furious writing on the blackboard. In your mind, the solution to the unsolvable theorem is so obvious…you’re writing out the answer with pace on the board.” says the GM.

“You’re damn right I am!” says the Erik player.

“A few moments later, you hear a voice behind you. It’s your daughter, Jana: “Dad…?”” says the GM.

“How close am I to solving the equation?” asks the Erik player.

“Okay, I keep writing and tell Jana I’ll be right with her, Daddy just needs a little bit here.” says the Erik player.

“You keep writing, getting closer and closer to the solution. Again, behind you, Jana’s voice, more insistent: “Dad…!” But as she finishes, her voice begins to fade away.” says the GM.

“I get as much done as I can in the next handful of moments and turn my attention to Jana.” says the Erik player.

“You stop, moments before you finish and turn to see Jana walking away and out of the lecture hall.” says the GM.

“I go after her, asking her to wait.” says the Erik player.

“You make it a step or two but, like Niko earlier, Jana is gone. You turn back to the blackboard and all of your writing has been erased.” says the GM.

The Erik player hangs their head. “A test, huh? Dammit.” they say.

“You’re again in your hazmat suit, and, somewhat disoriented, walk back outside the artifact where soldiers surround you, their guns pointed right at you.” says the GM “And that’s all she wrote for this session…thanks for coming everyone!”