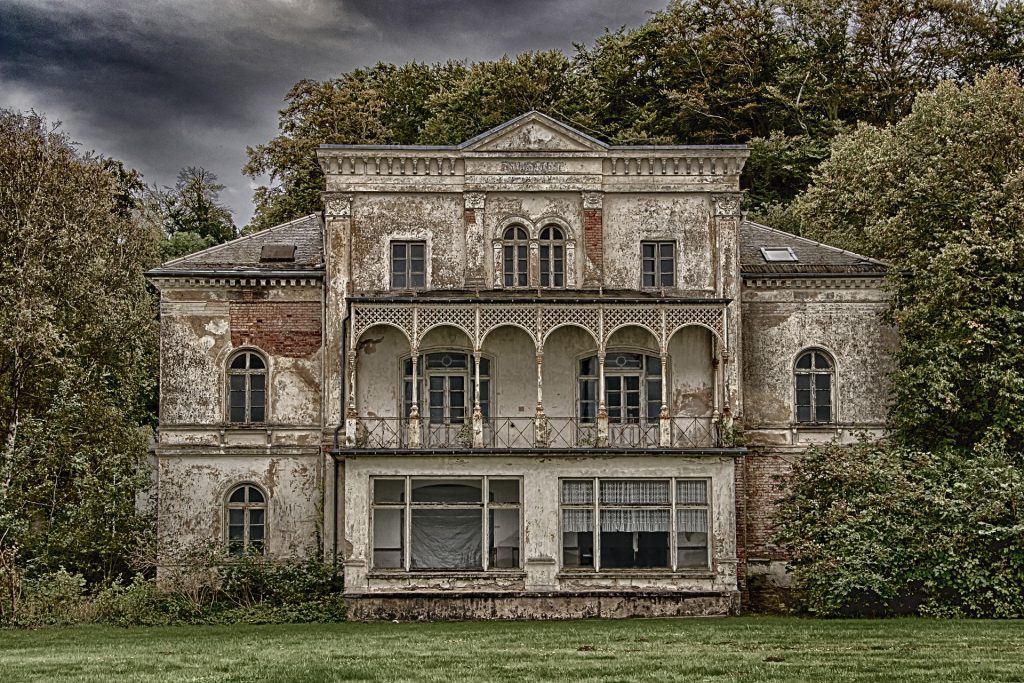 Today’s #ifthiswereaTTRPG post comes from one of my favorite childhood movie cameos of all time: Christopher Walken as Caeser the Exterminator in Mousehunt. As always, spoilers ahead!

Mousehunt is an adorable movie about two brothers who inherit a dilapidated old home from their recently deceased father. Similar to Home Alone, just with a mouse, the two brothers find themselves pitting their “wits” against this epic mouse in a war to see who will vacate the home first. Given the “Home Alone” similarities, as you can imagine, the mouse absolutely kicks the brothers’ asses despite their ever-escalating attempts to defeat him.

Weary from their battle with this mouse, the brothers turn to Caeser the Exterminator, played by Christopher Walken, to solve their rodent problem. Caeser is so ridiculously over-the-top you have to admire his commitment to his job. He’s got every tool of the trade imaginable and a “hunter’s instinct” rivaling the Predator.

This week’s #ifthiswereaTTRPG post imagines Caesar as a TTRPG player entering the infamous mouse house for the first time and meeting the two brothers who are also players. It’s a great RP-heavy scene that illustrates how classic interactions between players at the table can be!

“You take a look through the Yellowpages” says the GM “and find a big, bug-filled ad for a Caeser the Exterminator. Seems legit enough.”

“Okay.” says the player playing Ernie Smuntz, one of the two brothers. “I make an appointment for as soon as Caesar can get to the house.”

“Can’t be soon enough!” chimes in the player playing Lars Smuntz, the second of the two brothers. “With the auction coming up, we need to get rid of this thing…”

“On the other end of the line” says the GM “you hear an automated recording.” The GM gestures to the player playing Ceasar the Exterminator who stands. The players playing the two brothers look to one another, confused.

“This is Ceasar. You’ve made the right call. Leave your name, address, and desired timing and I’ll be there. And the hunt will be on.” says the Ceasar player who sits back down.

“Um, okay.” says the Ernie player. “I uh, I say “This is Ernie Smuntz. My brother and I need an exterminator as soon as possible at 5120 Nortondale. We have a mouse who is an absolute terror.”

The Lars player chimes in on the message: “Please, we need your help!” The Ernie player looks incredulously at the player playing his brother. “I hang up the phone.”

“Great.” says the GM “Literally 35 minutes later you see a van, dressed up as a giant cockroach, meander up the driveway and park in front of the house. A man, who you assume is Caesar, gets out of the truck and begins to load up with the most over-the-top exterminator equipment you’ve ever seen. He’d fit in on Mars the same way he’d fit in on your driveway. He begins to walk up to your front door.”

“Oh wow, that was fast.” says the Ernie player as he looks to the Lars player, impressed. “I open the door and greet him: Mr Caeser, thank you for getting here so quickly!”

The GM looks to the Caesar player who again stands. “I silence these two and walk into the main hallway.” the Caesar player says. “I look around, sniffing and carefully inspecting my way from wall to wall. I knock on the wall – I assume the mouse knocks back?”

The GM rolls their dice behind their GM screen and looks blankly down at the result. “Yup, definitely knocks back. You two hear it as well.”

“I finally make my way to the banister and see the dust collected there.” says the Caesar player “I bring some up to my nose and take a sniff.”

“Roll for Perception.” says the GM.

The Caesar player wanders back to the table and rolls their two, six-sided dice: an 11, an excellent roll. The two brothers players look on, simultaneously impressed and bemused.

“I pause a moment, making sure to look these two in the eye.” says the Caesar player. “You have mice.”

The two brothers players look at one another like “yeah, that’s why we called…”

“Just want to warn you about this mouse…” begins the Ernie player before being cut-off by the Caesar player: “Yeah! You got asbestos alright. I’ll bet it’s up in the ceiling mostly.”

Both the Ernie and Lars players look to one another, confused.

“Shouldn’t take me more than a day or two, to remove it.” finishes the Caesar player who fiercely stares into the eyes of their fellow players.

“Okay then, we’ll uh, we’ll go upstairs.” says the Ernie player. “We’ll all go upstairs!” chimes in the Lars player. They both turn to the GM. “We’re going to pretend to walk upstairs.”

“Okay.” says the GM “Roll for Subterfuge then.”

“Do you want to roll?” asks the Ernie player to the Lars player. “No, you roll. Please, I insist.” “Both of you roll.” interjects the GM.

Both the Ernie and Lars players roll: totals of 3 and 4 respectively. They look to one another with “aw, crap” looks on their faces.

“You stomp like complete idiots. And fool no one.” says the GM to the brothers players.

“As they’re stomping, I’d like to roll to see if I can sense whether the mouse is still listening.”

The GM looks at the Caesar player, confused. Likewise, the two brothers players look to their fellow player and flash “What the hell are you talking about?” type looks.

“I mean, you can certainly try. Go ahead and roll for Perception.”

While looking into the brothers players eyes, the Caesar player rolls: a perfect 12, a critical roll.

“You’ve got to be kidding me.” says the Ernie player under their breath. “You, uh, you get a very strong sense the mouse, wherever he is, isn’t paying attention to you anymore.” says the GM.

“As these guys stomp away, I say: “What are you doing? He’s not listening anymore.”

“I just hope you can take care of this, whatever it takes. We’ve been trying to catch this little menace all week.” replies the Ernie player.

The Caesar player puts their arms around the brothers players shoulders. “Here’s your problem. Normal people are not psychologically equipped to catch mice. You have to get inside their mind, you have to know what they want, need. You have to think like a mouse. If you can do that, if you can think like a mouse, you can anticipate their moves then, boom, sayonara mouse.”

Both the Ernie and Lars players look like they want to say something in response. But the Ernie player looks to the GM and says: “Yeah, we’re gonna head out.”